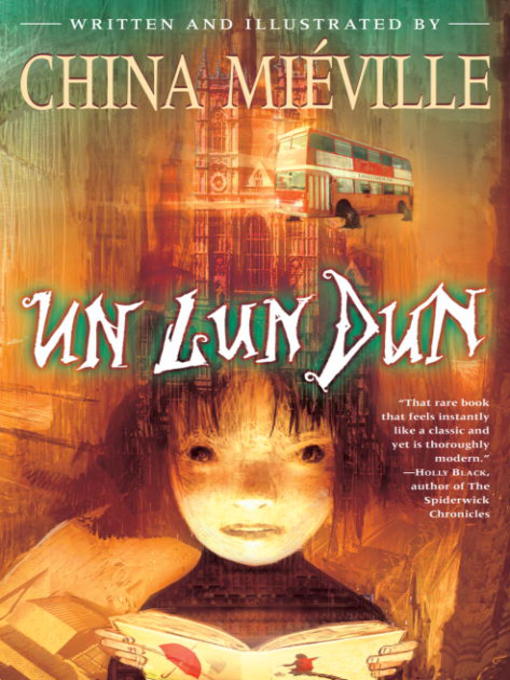 NEW YORK TIMES BESTSELLER"Endlessly inventive . . . [a] hybrid of Alice in Wonderland, The Wizard of Oz, and The Phantom Tollbooth."—SalonWhat is Un Lun Dun?It is London through the looking...

NEW YORK TIMES BESTSELLER"Endlessly inventive . . . [a] hybrid of Alice in Wonderland, The Wizard of Oz, and The Phantom Tollbooth."—SalonWhat is Un Lun Dun?It is London through the looking...


What is Un Lun Dun?

It is London through the looking glass, an urban Wonderland of strange delights where all the lost and broken things of London end up . . . and some of its lost and broken people, too–including Brokkenbroll, boss of the broken umbrellas; Obaday Fing, a tailor whose head is an enormous pin-cushion, and an empty milk carton called Curdle. Un Lun Dun is a place where words are alive, a jungle lurks behind the door of an ordinary house, carnivorous giraffes stalk the streets, and a dark cloud dreams of burning the world. It is a city awaiting its hero, whose coming was prophesied long ago, set down for all time in the pages of a talking book.
When twelve-year-old Zanna and her friend Deeba find a secret entrance leading out of London and into this strange city, it seems that the ancient prophecy is coming true at last. But then things begin to go shockingly wrong.
BONUS: This edition contains an excerpt from China Mieville's Embassytown.

Praise for Un Lun Dun
"Miéville fills his enthralling fantasy with enough plot twists and wordplay for an entire trilogy, and that is a good thing. A-."—Entertainment Weekly
"For style and inventiveness, turn to Un Lun Dun, by China Miéville, who throws off more imaginative sparks per chapter than most authors can manufacture in a whole book. Mieville sits at the table with Lewis Carroll, and Deeba cavorts with another young explorer of topsy-turvy worlds."—The Washington Post Book World
"Delicious, twisty, ferocious fun . . . so crammed with inventions, delights, and unexpected turns that you will want to start reading it over again as soon as you've reached the end."—Kelly Link, author of Magic for Beginners

"[A] wondrous thrill ride . . . Like the best fantasy authors, [Miéville] fully realizes his imaginary city." —The A.V. Club
"Mieville's compelling heroine and her fantastical journey through the labyrinth of a strange London forms that rare book that feels instantly like a classic and yet is thoroughly modern."—Holly Black, bestselling author of The Spiderwick Chronicles 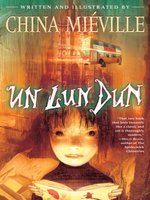 Un Lun Dun
China Miéville
A portion of your purchase goes to support your digital library.